“Ms Magazine and the Woodstock music festival were still years in the future.  Betty Friedan published The Feminine Mystique only a year before they graduated.  Yet, unbeknownst even to themselves, a small group of women in the University of Pennsylvania’s Class of 1964, was already in the vanguard of what ultimately became one of the largest cultural and economic revolutions in American history.  And it would be a half-century before they became fully aware of what they had accomplished for themselves and women everywhere: shattering the then existing belief that the only roles in society for women were housewife/mother, secretary, teacher of nurse.”  You’ll have to read the book to learn more. 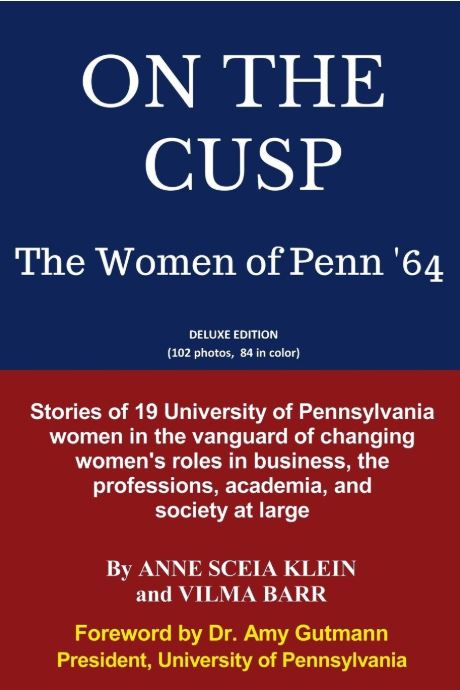